The last time I posted on this website was in Spring 2011. It is now Spring 2013. To say time flies is an understatement and a cliché. I’ve always been told my English teachers and college professors to avoid those.

Good and bad has happened in the past two years:

When people ask me where do I see myself in two years, I have no idea and that bothers me. Not because I want to have everything planned out (because, really, plans typically don’t work out with the grand scheme of life and its unexpected turn of events) but because I love having goals. I love working towards something. For (almost) four years I worked towards graduating college. I did that. Now to say my goal is to “find a job” isn’t a real goal to me. I need to actually think about what that simple and basis word – job or career – means to me.

Does that mean grad school is needed? Am I fit for law school like so many of my history professors suggested? Should I go teach English abroad for a year to see the world and experience another culture? What about my degrees, did I pick the right things to study or will I go into an entirely different market?

Being in your early 20s is the best and worst thing to happen to a person — you’re still young enough to eat what you want (to an extent, then your metabolism shrivels up and dies), you can stay out until 3 a.m. and wake up at 8 a.m. the next morning to make it work on time, drinking four drinks doesn’t lay you flat on your ass the entire next day, but then there’s the expectations of society and the “real world” once you graduate college. And your youth is thrown away and you need to grow up in 60 seconds or you’ll never move out of your childhood bedroom.

Your head is constantly turning and exploding when your in your early 20s, so much so that by your late 20s you just don’t give any more fucks about what so and so said about you or how to change up your makeup everyday so it’s fresh and exciting and you enjoy sleeping more than making an ass out of yourself at a party. By your late 20s, you’ve molded yourself to be like everyone else in the adult world — but don’t forget your memories of youth, for those are the inspiration to a.) refrain from acting immature in front of your boss and b.) try to revive that carefree and adventurous attitude on the weekends.

Your 20s aren’t the end of the world, just the really rock and awkward beginning of it. 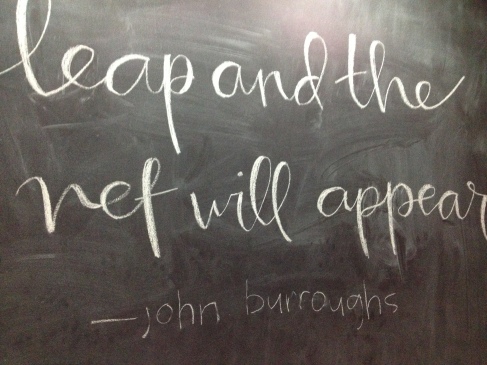